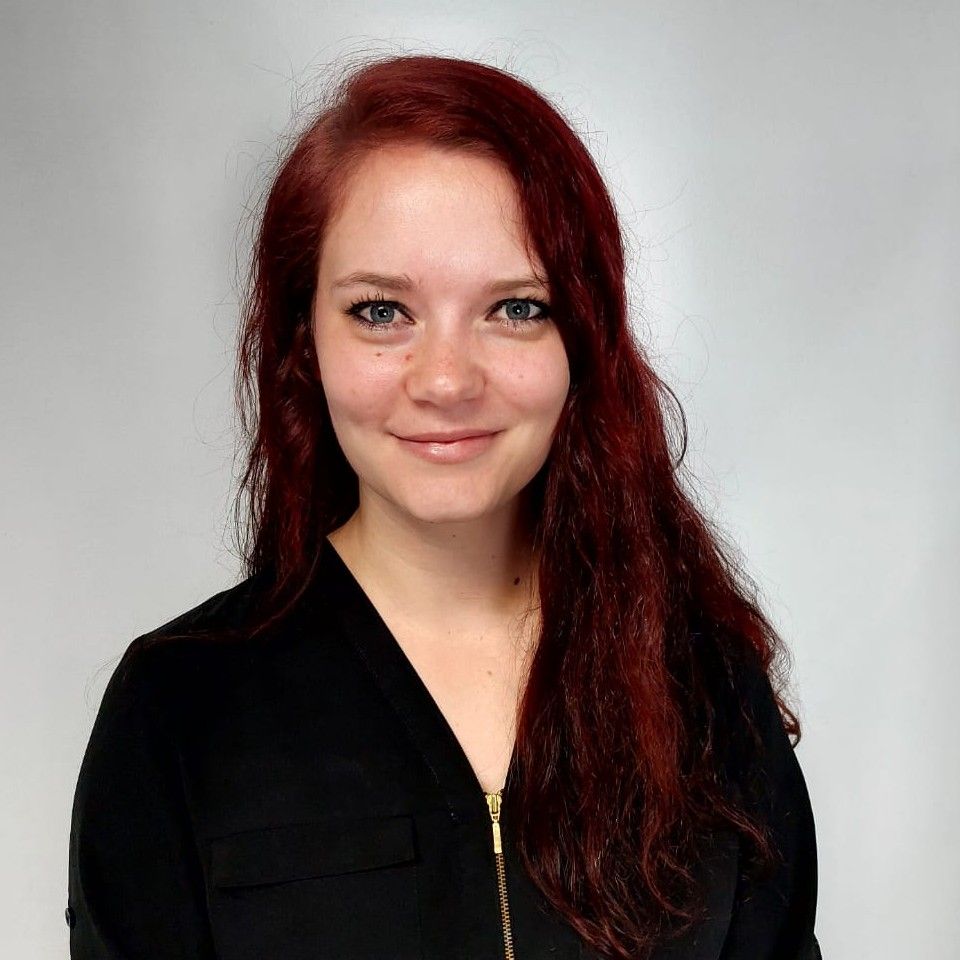 Hi there! Writing has always been my dream and I decided what better time to start working on that dream than here and now? I love writing and reading fiction, getting lost in the world of the so called impossible. I know I am still new at this and have a lot to learn so don't be afraid to give me your comments or suggestions. I hope you enjoy!
MORE

Hi there! Writing has always been my dream and I decided what better time to start working on that dream than here and now? I love writing and reading fiction, getting lost in the world of the so called impossible. I know I am still new at this and have a lot to learn so don't be afraid to give me your comments or suggestions. I hope you enjoy!
FOLLOWERS
No follower
FOLLOWING
You are not following any writers yet.
More

They say he tortured me, that he killed my parents all because he wanted my sister, the mother of his child, but they are lying. It has to be a lie. Damon loved me, protected me. Everything he did was to stop my sister from killing me. She was jealous because I was his mate and she was nothing but a mistake to him. I believed every word he said, wanted her dead. Still do, because no one would take him away from me. But now? Damon is gone, she finally took him from me. She tells me that I was tortured by him, brainwashed. I didn\'t believe her, until HIM. He makes me feel things I never felt for Damon. With every touch, I crave more, need it. The guilt kills me, but I can\'t give it up. The only way to stay true to my mate is to get away from HIM, but he won\'t let me go without a fight. So I will be sure to give him one. Cursed to have a mate that will never love me. That is my fate. She believes a monster is her true mate, can\'t see past the years that he had brainwashed her into believing that her sister, my Luna and the woman I swore to protect, wants her dead. I am constantly forced to choose between my love for her and my love for my pack. How far am I willing to go for woman I love and how much will it cost me?

Tristan I remember feeling angry, so damn angry, but I didn't want to hurt her, well not in the physical sense. I wanted her to feel the emotional pain I felt when I found her pushed up against the railing, her hands on his chest, his lips against hers. I was wrecked and didn't think straight. I refused to listen to her excuse, only later realizing that it was pleas. Instead of listening to her like I should have, I pushed her, right over the railing of my father's yacht and into the endless depth of the ocean, her head hitting the side of the yacht hard enough to leave a stain of blood. That is all I see for the next five years, every time I close my eyes. I don't see her face, my subconscious mind knowing that I don't deserve to ever remember her beauty, only the damage I caused. Her body was never found, even after weeks of searching. I thought she was dead and I lived with that guilt until I found her again waiting for me to show her my life, healthy and even more beautiful than I remembered, but the Carly I knew was long gone and the new Carly has no memory of me. Or of anything that made her the girl I once knew. I know I should leave her be, but walking away from the woman that has haunted me for years, seems to be impossible. Riley I have no memory of my life before the island. Well, that is a lie, I do remember Him. Not his name or even the sound of his voice or what role he played in my life before I woke up in the makeshift hospital on Formentera, an Island in Spain. I wish I could tell you that I even knew my name, or at least who my parents where, but I don't. Not even a flicker of a memory. But I know He must have had a big role to play in my past, if it is only his face that I see every time I close my eyes. He is breathtaking, but his eyes are always filled with pain and anger. I was happy to never know who the boy is that haunts my dreams, but when I come face to face with the man, I knew there was a reason he was haunting me. He is my doom, even though he looks like my salvation.

She was his best friends, his first love and his first heartbreak. She left without a word, disappeared without a trace. He never really moved on, alway wondering what happened to the girl he loved and by chance, he found her, but she isn't the teenage girl he remembered. She has secrets that could destroy him, but still, he isn't willing to let her slip through his fingers again.

One Night Stand With My Enemy

Gwyn Four years ago I promised him I would be standing beside him on his happiest day. Never thinking I wouldn't be the one standing beside him. Now I am walking up the steps to the church. Ready to watch him marry someone else. A promise is a promise. I have always been the innocent do gooder and tried to be this perfect girl, but everything changes when you watch the love of your life marry someone else. What is the point of being perfect if you can't have the love you always dreamed of? Now, I want to see what life has to offer when you start living on the reckless side of life and what better way to join the dark side than with the playboy bully that you can't stand? Gareth I knew she was the only woman for me the second I laid eyes on her, but she was in love with my best friend and I am forced to watch her heart break as she watches him love someone else. See the irony? But when the game changes and I get a taste of her, I know it will never be enough. Gwyn is my drug and my obsession and I will do anything in my power to make her mine.

Her immortal desire #seqeul to her fiery desire

I knew this peace wouldn't last forever, my dreams reminded me of that. I know I should've prepared better, but now it is too late. They are here and it is not just me they want, but my daughter as well. Nothing will ever be the same again, for a new war will come and I will need to decide where I will stand in it, with my mate, or my enemy.

Fall for a billionaire- Redeem ex's love; Stary writing academy 111 He left. No words of goodbye, no note on the pillow to explain why he left. Nothing. I refuse to be the girl that runs after the Rich, sexy guy that broke her heart. If he wants me, he knows where to find me, but I won't be waiting around for him to realize what he lost. I walked away without a second thought. I thought I was doing what was best, protecting my heart, but it doesn't matter where I go or what I do, I am constantly reminded of her. Is having her worth the risk of losing her? Will I be able to walk away a second time?

We are running, always running. We have been on the run for years now. For years I have been looking over my shoulder, with every turn I make and with every breath I take, I fear that he will find us. We never stay at one place long, always on the move, always ready to pack up and move at a moment’s notice. We haven’t found a place we felt safe enough to call home in five years. He would always find us, but not this time. This time I made sure we got away, far out of his reach. I use to find peace in my dreams. Living every waking moment in fear, my dreams have been my only escape. Ironic how, when we finally find a place to call home, my dreams are what I am running away from. The moment I close my eyes, it is there to chase me. I use to avoid my reality, now I avoid going to sleep.

I don't believe in love anymore, the romantic kind that is. I have been broken and betrayed by those that should've loved and protected me and now I am determined to make it on my own, but that is hard to do with a billionaire chasing you. A part of me wants to give in, he makes me feel things that I have never felt for anyone before, but with every girl in New York chasing him, I'm not sure I can trust him to not screw me over like every other man I have known and trusted. Is it worth the risk? Will he break my heart beyond repair or make me believe that love truly exists?

Until the treaty, war was all Fraya had ever known. Chosen by her people as the queen of werewolves, it is her job to ensure the treaty stays in place. Fraya longs for a mate to start building a future with but fate seems to be playing a cruel joke on her when it gives her, her enemy as her true mate. Following her heart causes secrets to unravel that threatens the treaty she had fought so hard for. Will she stand back and loose the man destined to be her's or will she fight for her future?

Seduced by the billionaire cowboy

Maria Frazer is a single mother, hard bent on getting revenge for her best friend, but she is constantly losing herself to the anger and hatred for the man that wronged her and so many others. But every once in a while, she escapes to a cowboy bar just outside of her hometown, finding a little comfort and peace in the sexy bartender that she loves to watch, but can never have. At least, that is until he decides he wants far more than a few shy smiles. Theo Bolton is a successful business owner, runs three clubs and a cowboy bar that is his pride and joy. For years he has been watching Maria, waiting for the day he can make his move. She is shy and only shows up twice a year like clockwork, and the time has finally came to stake his claim, only he never really realised just how untouchable she is until he couldn't let her go.