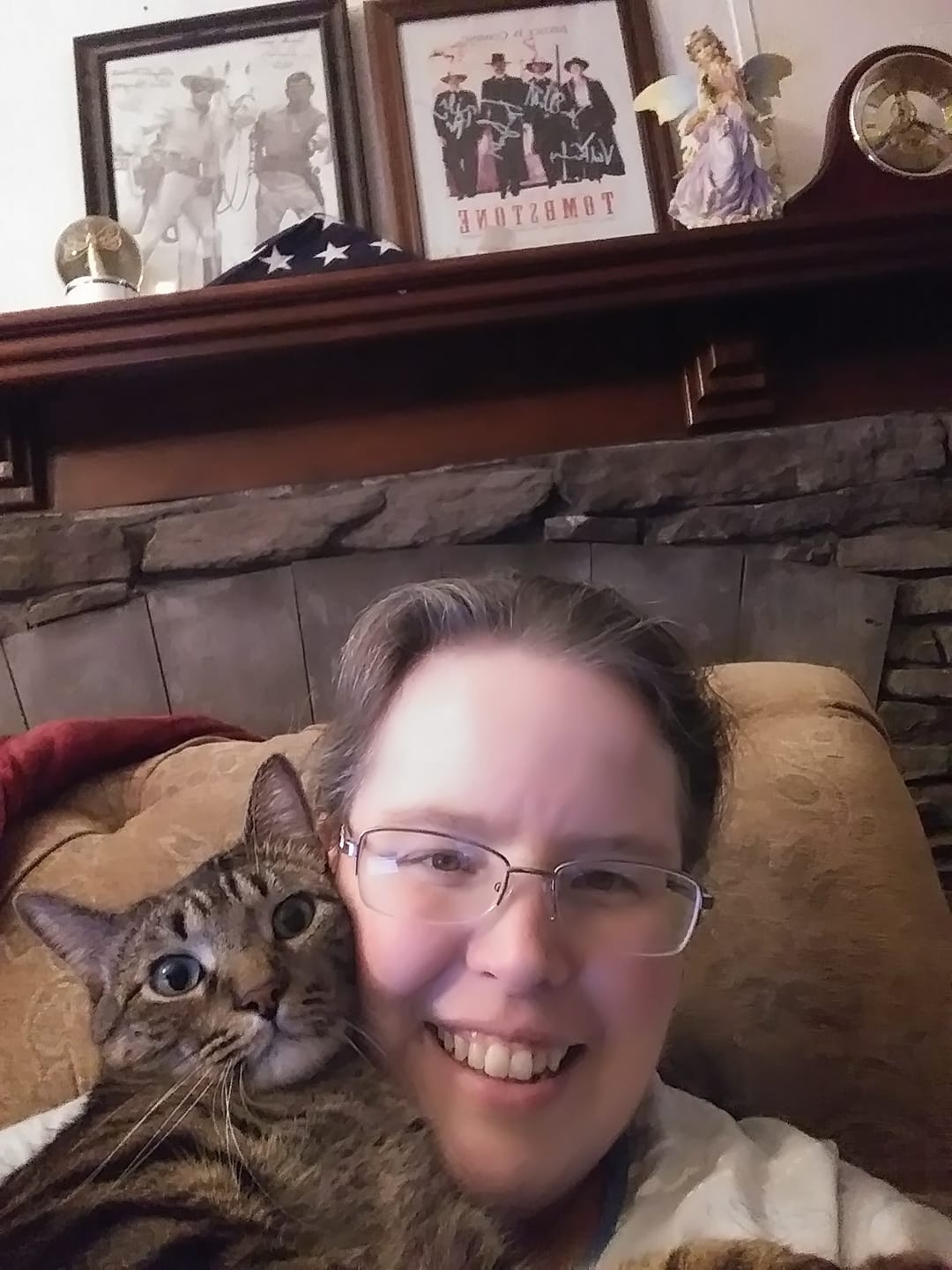 I currently live in southeast Texas with my husband, son, 6 cats, and a dog. My passion and joy has always been reading. When I was in my teens, I discovered that I enjoyed writing as much as reading. I've found a platform that allows me to express myself, I hope to share my many ideas with the world.
MORE

I currently live in southeast Texas with my husband, son, 6 cats, and a dog. My passion and joy has always been reading. When I was in my teens, I discovered that I enjoyed writing as much as reading. I've found a platform that allows me to express myself, I hope to share my many ideas with the world.
FOLLOWERS
No follower
FOLLOWING
You are not following any writers yet.
More

Jaxton was reborn to complete a failed mission. He knows who his past lives were, but otherwise has no memory of them. He also knows that he won't find a mate until he can complete his mission. He and two others escape from their current pack, and then find themselves embroiled in a bitter feud between Red River Pack and Sabine River pack. Jaxton realizes that the dangerous Alpha Mosley knows his secret and plans to use him, regardless of the cost, to ensure his victory. While planning his escape, Jaxton meets a girl who might just possibly be his mate. But war is coming to the world of the supernaturals, and Jaxton's sister insists that if they are not by Luna Tessa's side when the war begins, things could end badly. Will Jaxton and his small group make it in time?

Tessa wasn't supposed to exist. Everyone knows that vampires and werewolves were mortal enemies, but yet, her parents had met and were mates. She was half-vampire, half-werewolf. She nodded and then muttered some more of that strange language that she used to create the barrier. I felt some more tingles run across my skin and shuddered a bit. Magic was weird. I noticed that Diesel had his eyes closed and followed suit. I heard the sound of cracking bones and realized that someone was shifting. My eyes flew open, and all the air in my lungs left my body in a single whoosh. Standing where Tessa used to be was this big, beautiful wolf. Her fur was swirled with purple, black, blue, and pink with streaks of silver and gold that looked like shooting stars. She looked like one of those galaxy pictures that can be seen through the Hubble telescope. And she was huge. I knew that if I shifted into my wolf she would stand a few inches above me. Alphas were larger by default, and Diesel and I were larger than all known Alphas. Yet, she stood above both of us, not by much, but still larger than us. She turned her head towards me, and I could see literal galaxies reflected in her eyes. I felt as though I was drowning in her eyes. At that moment, I could only think one thing. She was MINE! Well, technically she was mine and my brother's. I knew in that moment that I would happily share her as long as I could claim her. I looked over to my brother to see the same look of wonderment and awe on his face. His eyes locked on mine, and he simply nodded. How in the world did he and I get to be so lucky? Before I could turn around, she shifted back, and I got another shock. Her clothes hadn't shredded when she shifted. Normally, when a person shifts into their wolf without undressing, their clothes get torn to bits, but her reformed around her. "I thought it would be easier to show you rather than tell you," she said as she sat down on the log. I was speechless, and Trent was quiet for once. I saw tears form in her eyes. "Please, don't rejec..." I ran to her and embraced her; I could feel Diesel on the other side sandwiching her between us. I felt the sparks of the mate bond wherever our bare skin touched. "NEVER!" We both exclaimed at the same time. "You belong to us!" "So you're not going to reject me?" She asked with hope in her eyes. We both shook our heads no. "Then why didn't you say anything?" She sniffled. "I didn't know what to say. What do you to the most beautiful thing you've ever seen? You took our breath away," I replied. "You are simply stunning. There are no words to describe how gorgeous you really are," Diesel said not to be outdone. Once again, I was struck with the thought that I was the luckiest guy alive. My mate was beautiful, smart, kick-ass, and her wolf was the color of galaxies. The Galaxy Wolf; it had a nice ring to it.