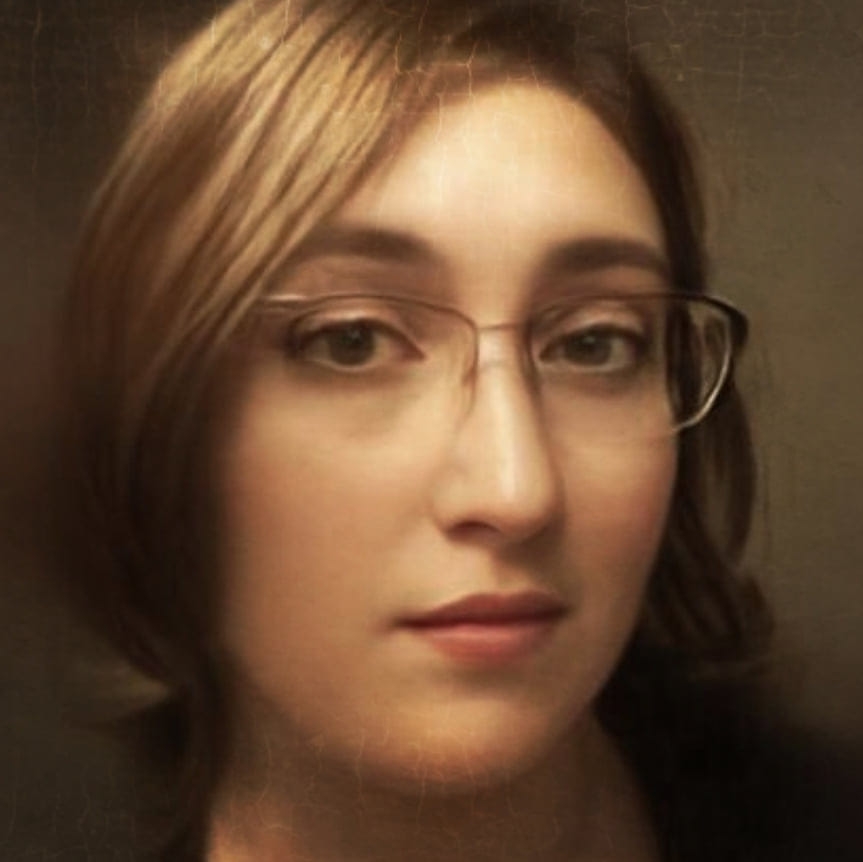 Rock Beaumont thought his life was settled as his coming-of-age party approached. Trolls come of age at 50 and even though his lifespan is shortened by being half-human, he didn't come of age any sooner. With luck, he will find his true mate at his party and finally have someone who will love and accept him, even though he is softer and smaller than other trolls. Never in his life did he imagine his mate would be anything other than a troll. He couldn't have guessed how the sweet, blind werewolf he met at a club would upset his world.

This book will update as I have stories to put into it. There is no update schedule. In the world of The Rogue Queen, The Vampire's Servant, and The Witch's Temptation, there are stories that go untold. Characters who readers fell in love with are featured in this collection of short stories. Werewolves, witches, werebears, and vampires are included in these stories. Suggestions can be made on my author page on face book.

Heather Nicholas is a young werewolf entering the adult phase of her life. Her dreams of having the perfect mate and finally having a life outside of her sister's shadow are finally coming true. When Heather's mate rejects her, she turns her back on her human and pack life. Content to relinquish it all to her wolf, Gwyn's, control until one decision changes everything. Fearing he'd been forsaken by the goddess, Richard DuBois sank into a depression years ago. His cousin, Queen Bellamy Deveraux, and his Alpha, Lucien Deveraux, worked to get him and his wolf help. They supported him and cared for him while he waited for his mate to come, as predicted by a seer. A long wait is finally ended. A family is brought together. And a dark truth is revealed.

Clover Harrison is a rare, triple affinity witch. After refusing an arranged marriage from her family, she went to Oregon to run her great aunt's potion shop and teahouse. There's a fearsome beast that all seers see in her future and Clover is driven to live her life to its fullest before she encounters the beast. Stanton Bruinwald is looking for his Ursa, the woman who will help him run his sleuth. Even though he's starting his search for her a year or two before most Alpha bears do, he feels the time is right. All he needs is some direction. Old friends and new come together in the third book of the T wisted Design Series.

((Complete)) When Juniper met Jaxon, neither wanted a relationship. Both were pursuing their academic dreams and goals. They didn't expect to find their perfect match. The only problem now, is the secrets they hide. His interests that wander all too close to the abuses she suffered. Her collection of other people's secrets and hidden shame. They'll try to find their way together and have the life and love they desire. Excerpt: ********* “Juniper. What happened? Please.” Jaxon said, his voice filled with concern. “She knew, Jaxon. She blamed me and kicked me out. The deal was made in bad faith. He knew that she knew. He played me.” I laughed with tears in my eyes. “Teddy left with me. Mr. Reed says we can stay here as long as we need.” “I… I can’t believe it.” He murmured. I felt him drawing close. The urge to throw myself into his arms and let him comfort me was strong. I didn’t know what to do. I realized my anger was caused by my embarrassment, but I couldn’t let it go. His hand came down on my shoulder and he pulled me back against his body. He was warm and solid behind me. Jaxon slid his arm across my chest and held my shoulders against him. He slipped the other around my waist. Jaxon rested his chin on top of my head and I closed my eyes. It felt safe and secure. I’d put so much work into maintaining an air of calm and control. There was nothing left to hold on to. My whole life, my whole plan, was dependent on freeing myself and my family. What did I have anymore? “Hush, sweet. I have you now. You’re safe. Don’t cry anymore, my sweet girl.” He whispered as he held me tightly.

(Second book in the T wisted Design Series) For the last fifteen years, Victor Nightshade has been searching for his wayward childe, Paul Springer. Springer stole millions from him, then disappeared. The night finally arrives when Victor locates Springer, but he finds out something even worse. Springer has been feeding off of a minor for the last ten years. Victor vows to right this wrong and ensure that the girl is safe again. In doing so, he finds something that surprises even the most ancient of vampires. Echo Gale has been feeding vampires for over half her life. Told by her parents that she's evil, Echo has lived a life of servitude for her family. Though her siblings love her, there wasn't much they could do to go again st their parents. In stead, they did everything they could to make things easier and always told her how much they loved her to make up for their parents. When Victor finds Echo, a chain of events begins that creates a bond neither thought possible. An in stant connection neither one was prepared for. (This book contains polyamory)

Daughter of the Darkest Moon

Liviana Sandulf-Drake is on the run. She left the oppressive rule of her pack after her grandfather's death. Her goal is to find a home out west without restrictions made by people who don't understand what it means to be a werewolf. Livy just wants to be free for the first time in years. Oliver Pines is the Beta for the Sawtooth Pack in central Idaho. While on vacation, he is targeted by hunters who have been hired to kill him and all ranked members of his pack. He is the strongest fighter in his pack and wants nothing more than to keep it safe. When the strange she-wolf the hunters captured warns him about their plan, a friendship begins. Fate draws together two powerful protectors to right what was put wrong over a decade ago and save all supernaturals from the creation of the biggest threat they had ever faced. The Dread Wolf.

(First Book in the T wisted Design Series) To look at beautiful, confident, eighteen-year-old warrior, Bellamy Carrington, one would never expect the dark tragedies that had formed her. The blood spilled, the lives lost, the pain and hopelessness that shaped her childhood. Orphaned at six, the young rogue born alpha vowed vengeance on the men who took her parents from her. The men who stole happiness and love from her life. And she did. Training under the tutelage of vampires, witches, rogue wolves, and other shapeshifters, for six years; Bellamy became a deadly and formidable force in the supernatural world. But, no one is perfect. After killing the hunters, she was captured by a dark witch. Beaten, poisoned, collared in silver, and slated for sacrifice in one of the witch’s spells. Bellamy made one last push for life and escaped. She was hopelessly lost, in pain, weak, and broken in so many ways. Bellamy gave up. She decided her death would be on her own terms. Fate had other ideas. A young future pack Alpha found her, half-drowned, in a pond and saved her life. He didn’t care that she was a rogue. Warrick of the Hunter’s Moon Pack only cared about preserving the life of the little girl. Warrick helped her find the life she deserved. He found her an adoptive family and became a true and compassionate friend to her. Valuing her strengths and supporting her completely. Bellamy found new purpose, new hope, and a new life. All she was missing was what she saw her friends and pack mates finding every day. Love, a mate, someone to be entirely hers. She never thought she'd find a male worth offering for, until she allowed herself to be taken captive by vampires. When she met the man who could change everything. The other half of her broken heart.