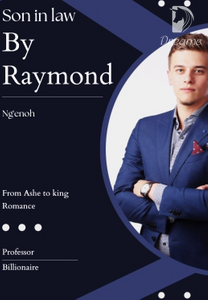 Amazing son in law rising from ashes to king

"Where is a good for nothing son-in-law?" Martha asked.

"You are talking about my so-called husband? Eddy responded.

"He is at the car park cleaning my car" Eddy responded.

"Wonderful let him take his place make sure he doesn't eat if he doesn't do any work," Martha said.

Henry was at the door and wanted to knock to enter the house he heard their conversation he was very disappointed.

"Thank God I am not what they think I am, I am happy I didn't disclose my identity and also my position as the owner of a billionaire construction company, I will not disclose to them who l am because of what I have heard, but one day they are going to pay what they are doing to me," Henry said.

Henry knocked on the door.

"Come on in!" Neddy shouted.

Henry went inside Martha and Neddy looked at one another Henry went he picked up the car keys.

"Make sure you clean my car properly or I will not pay you or even give you what to eat today" Neddy roared.

"Take your ugly face outside my house!" Martha said.

Henry swallowed his pride and slowly went out of the house and opened the car to clean Martha and Neddy laughed at him.

Friends and families came for a grand family reunion they brought gifts for Henry Martha and Neddy as the reunion party was at its peak Wilson the family friend gave a beautiful gift to Henry wrapped with a glittering cover Neddy and Martha went and slapped Henry and pushed him Henry fell the visitors were very shocked.

"You good for nothing son law take your place this is not your place!" Martha shouted at him.

The visitors were shocked Henry went into the car park opened the car and went inside he was very embarrassed.

"You mean you are the owner of the billionaire construction company?" Martha asked

"I am afraid it's true," Henry said boldly.

Martha and Neddy looked at each other.

They both knelt for forgiveness.

"The house you are living in my house but you didn't know", Henry said.

Martha looked at Neddy her daughter in disbelief.

"I think I am dreaming", Martha said.

She wiped her eyes to see if it was real or imagined.

"Mum it's true not Imagination we have to face the reality," Neddy said.

Henry looked at them he recalled what the mother-in-law did to him.

"Listen!" The house you are living in belongs to the construction company I owe you which means the property you own and also your car is all mine the gate has been already closed you go to the streets" Henry said boldly.

Martha and Neddy moved out of the construction company's office to the streets sadly.

Finally, henry revenged at them.