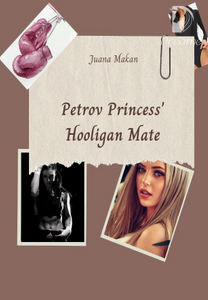 A royalty on the vampire side, an alpha blood, and Billions at her disposal. Belle Petrov has it all.

What if fate decided to play a joke on her and gave her a mate that is a rebel? A mate that appeared to have no care for the future at all?

On their first meeting, Belle met Summer when a low life jumped on her and tried to mug her. Instead of helping her, Summer just watched the scene unfold. Belle was able to save herself and told the woman a piece of mind. The other woman gave her a bored look and left her to fend on her own.

Despite the bad first impression, she made a quest and hunt the woman. She discovered that Summer not only has a ‘don’t care’ attitude but is also linked to illegal matters.

Baffled by the discovery, she still pursued the person destined for her by the moon goddess. She not only learned that Summer is associated with street fighting but with illegal drugs and human trafficking, too.

Disheartened by the things she found out, she began to questioned fate and herself.