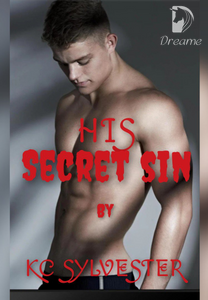 Daniel Baptist was a young boy from a small town, an innocent with a whole lot naivety about the things of the world. His whole life all he has ever dreamt of was being a priest. To him it was set in stones.

Things were going according to plans right up till the moment he walked into his theological school and met the twinkling, ensnaring brown eyes of the boy that will end up being his roommate, Jonathan Smith.

Meeting Jonathan was like a hot missile that threw Daniel life way of course. Arousing in him feeling he never knew existed nor dreamt that he could ever feel.

Daniel was confused and scared of his novel feelings which clashed excessively with his faith so he did all he could to fight it. Will he succeed in denying everything he feels, chosing the path which he feels is God destined path for him or will he succumb to the unquenchable strong force of love and come to realize that God does not make mistake even in this.