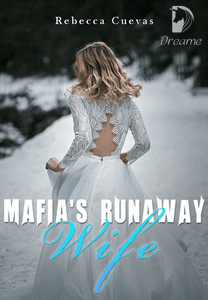 Victoria Dawson was a beautiful young carefree woman with one dream. She wanted to roam free and live her life as she wanted. She wanted to travel the world and someday become a doctor and then settle down when she lived her life. One fateful day she meets Damon Carson, he makes her feel things she didn't want to feel. Suddenly after months of dating, he asks her to marry him. She wants to say no that it is too soon, but she doesn't have the heart to tell him. She marries him and the same day she confronts him and tells Damon she wants to follow her dreams of becoming a doctor. He refuses her and tells her she is the wife of the Mafia now. She can't leave him ever and will always be by his side. She feels heartbroken and decides at that moment, she has to leave. Will she be able to live her life without him?

Damon Carson is a successful businessman and happens to be the leader of the Mafia. He is powerful and dangerous. No one dares to defy him. One day he meets an innocent young woman who makes his heart skip a beat and makes him feel things he never thought he could feel. He is controlling and possessive with this woman. He wants her for himself only. Once he marries her he finds out she wants to be a doctor and go to school. He refuses and tells her she can't leave his side because she is now the wife of the Mafia. Little does he know she has plans of leaving him. Will she be able to escape him and live her life as she wants or will she be back in the arms of her Mafia husband forever?